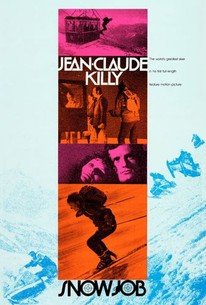 In this offbeat crime adventure, a downhill ski instructor at an Alpine resort involves himself in a conspiracy to rob the bank that lies in the resort town nearby. The heist is a success until a dogged insurance investigator threatens to reveal their identities unless they give him the loot. They hand it over and then realize that he was a phony. The three decide to split up. The ski instructor boards a train and who should be on it but the bogus detective. It turns out that the two of them had been in cahoots all along. The instructor is played by Jean-Claude Killy, an Olympic Skiing champion and the detective is played by famous Italian filmmaker Vittorio De Sica.

Umberto D'Orsi
as Vito
View All

There are no featured reviews for Snow Job at this time.