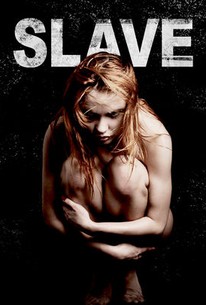 A modern-day slave trader abducts a woman in Spain, sending her fiancé into a frantic race to save her from a fate worse than death. David (Sam Page) and Georgie (Natassia Malthe) have just gotten engaged. But before they can marry, they want to ensure they have the blessing of David's father Robert (Michael Maxwell), a former career criminal who now resides in a sprawling Spanish villa. Shortly after arriving in Spain, the young couple venture out for a night on the town. Eventually arriving at a lavish nightclub, they are quickly offered the full VIP treatment by the club's accommodating, yet sinister, owner Marlon (Howard Marks). Later, David and Georgie are separated for an instant, and Georgie goes missing without a trace. Convinced that his beloved fiancée has become a victim of foul play, David searches in vain for Georgie, and finds himself descending into a treacherous world of corruption, crime, and death. Little does David realize that Georgie has just been claimed by the White Arab (David Gant) a dangerous and powerful psychopath who places greater value on his own dark pleasures than he does on human life. If David doesn't find Georgie soon, chances are he'll never see her again. ~ Jason Buchanan, Rovi

Lewis Phillips
as Peter
View All

There are no critic reviews yet for Slave. Keep checking Rotten Tomatoes for updates!

Slave is a pathetic and pointless film that's poorly made. The acting is awful and there's barely a semblance of a story. The directing is amateurish and is unable to bring any suspense or intensity to this supposed thriller. While Slave starts out with some potential, it's quickly squandered by the atrociously bad filmmaking.