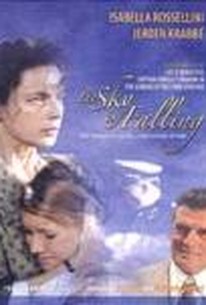 Adapted from Lorenza Mazzetti's acclaimed autobiographical novel inspired by her experiences in WWII Tuscany, Il Cielo Cade is a coming-of-age tale that pits the emotional growth of its young protagonists against the encroaching horrors of war. In 1944, newly-orphaned pre-teen sisters Penny (Veronica Niccolai) and Baby (Lara Campoli) come to live in the Tuscan villa of their Uncle Wilhelm (Jeroen Krabbe) and his wife, Katchen (Isabella Rossellini). Wilhelm, a German-Jewish intellectual, and Katchen subtly discourage the pro-Mussolini and fascist sympathies the girls inherited from their late father, and Penny and Baby gradually make friends in their new surroundings and become somewhat smitten with their uncle and his group of cultured friends. As war rages around them, Wilhelm receives warnings from the local priest to flee with his family to Switzerland. He refuses, putting his loved ones at risk. Everything comes to a climax as the family members, who are awaiting the arrival of Italy's British allies, are caught off-guard by the return of the Nazis to their small town. ~ Rebecca Flint Marx, Rovi

There are no critic reviews yet for Il Cielo Cade (The Sky Is Falling) (The Sky Will Fall). Keep checking Rotten Tomatoes for updates!

There are no featured reviews for Il Cielo Cade (The Sky Is Falling) (The Sky Will Fall) at this time.