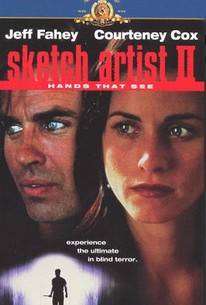 Sketch artist Jeff Fahey returns in this made-for-television sequel. Jack Whitfield stars as Fahey, a police artist whose latest job is to help blind rape victim Emmy O'Connor (Courtney Cox) come up with a description of her attacker. The rapist is also a serial murderer and Emmy is the only one to survive after one of his attacks -- but the murderer isn't through with her yet.

There are no critic reviews yet for Sketch Artist II. Keep checking Rotten Tomatoes for updates!

There are no featured audience reviews yet. Click the link below to see what others say about Sketch Artist II!