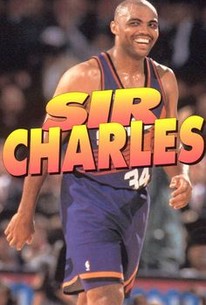 This video chronicles the impressive career of the accomplished, though often outlandish, basketball star Charles Barkely. During the 1980s and 1990s, Barkely played for such pro teams as the Philadelphia 76ers, the Phoenix Suns and the Houston Rockets. Though he has angered many with statements he now claims were just misquoted comments, Barkely was greatly respected for his game-playing prowess. Off the court, he earned the nickname of "Sir Charles" after noting his interest in possibly entering politics and then discussing his ambitions with one or more high-profile politicians. Watch and learn more about this talented yet rather volatile NBA player.

There are no critic reviews yet for Sir Charles. Keep checking Rotten Tomatoes for updates!

There are no featured reviews for Sir Charles at this time.