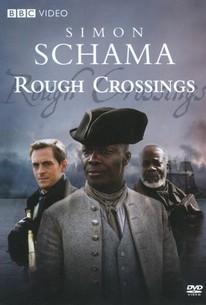 As if the historical plight of the American slaves were not heartbreaking enough, even more shocking is the little-known historical tragedy that many were promised free Nova Scotian land at the end of the Revolutionary War in exchange for their service - only to be promptly denied this after they fought in one bloodthirsty battle after another and made a grueling pilgrimage to Nova Scotia, where they endured unbearable, subthermal temperatures of bitter winters. In this unique documentary, Simon Schama tells this difficult tale, touching on such details as the roles of slave leaders Granville Sharp, and also John Clarkson, who (in a little-known footnote) actually led a number of the slaves on a rough pilgrimage back to Africa after they found out the harsh truth about the "land" they were to receive in Nova Scotia.

There are no critic reviews yet for Simon Schama's Rough Crossings. Keep checking Rotten Tomatoes for updates!

There are no featured audience reviews yet. Click the link below to see what others say about Simon Schama's Rough Crossings!