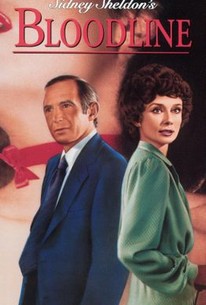 Bloodline, a thriller based on a mystery novel by Sidney Sheldon and directed by Terence Young, is the story of Elizabeth Roffe (Audrey Hepburn), who inherits a huge pharmaceutical company and then discovers that some of her family members may be plotting her death in order to gain control of the company. Despite an all-star cast including the usually excellent James Mason, Irene Papas, Ben Gazzara, the lovely Romy Schneider and Omar Sharif and wonderful locations, this thriller just doesn't generate much suspense despite numerous likely suspects and plot twists. Director Young gets only an average performance from Audrey Hepburn and manages to do little with his distinguished cast. The film while not particularly suspenseful is aided by the lovely color photography of Freddie Young and a lively, original score by Ennio Morricone.

Marcel Bozzuffi
as Man in Black

There are no critic reviews yet for Sidney Sheldon's 'Bloodline'. Keep checking Rotten Tomatoes for updates!

This is my second Audrey Hepburn's suspense thriller movie is quite okay, her performance is so memorable to me as she looked so beautiful in her fashions on her over the hill age, it didn't concern me because she's my idol actress.