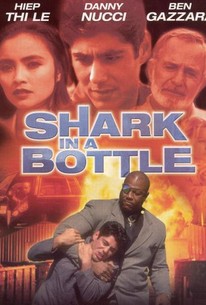 In this dramatic thriller, a disgruntled postal worker finds himself convicted of a murder he did not commit. He's initially grateful when a security firm arranges for his release, but he's not so happy when he discovers what they have in store for him. His brain is washed, stripping away all memories of his previous life, and he's reprogrammed to become an assassin who will kill anyone at the firm's command. Can the love of a beautiful woman bring back the life he thought he'd lost forever? Shark in a Bottle stars Danny Nucci, Ben Gazzara, Tommy "Tiny" Lister Jr., and Heip Thi Le.

Critic Reviews for Shark in a Bottle

There are no critic reviews yet for Shark in a Bottle. Keep checking Rotten Tomatoes for updates!

There are no featured reviews for Shark in a Bottle at this time.

Shark in a Bottle Quotes