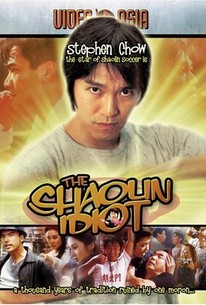 When an incompetent cop continually fails to clean up the streets, it takes a little assistance from beyond the grave to ensure that justice is served in this action comedy featuring Shaolin Soccer and Kung Fu Hustle star Stephen Chow. A police officer has been murdered in the line of duty, and it will take more than mere death to come between him and the man who took his life. Between a cop who couldn't catch a criminal to save his life and a vengeful entity from the afterlife, there may be some hope for the citizens of Hong Kong after all. ~ Jason Buchanan, Rovi

There are no critic reviews yet for Shi xiong zhuang gui (Shaolin Idiot) (Look Out, Officer!). Keep checking Rotten Tomatoes for updates!