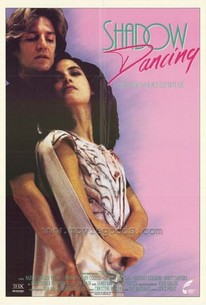 In the thriller Shadow Dancing, the head of the Beaumont Theater of Dance has been haunted for decades by one of his dancers who died suddenly during a performance of "Medusa." Despite the bad memories surrounding "Medusa," the company is set to stage a production of the ballet nearly 50 years later, and a young dancer is obsessed with winning the title role. After she receives it, she begins to assume the physical and emotional characteristics of the woman who died years earlier, and as it gets closer to the actual production, it becomes apparent that she is headed toward her doom. ~ Stephen Thomas Erlewine, Rovi

Ken McGregor
as Johnny
View All

There are no critic reviews yet for Shadow Dancing. Keep checking Rotten Tomatoes for updates!

There are no featured reviews for Shadow Dancing at this time.