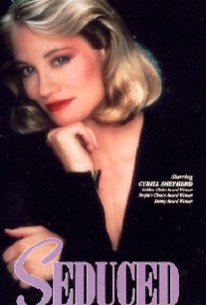 Just who is seduced in the made-for-TV Seduced? Technically, it is Vicki Orloff (Cybill Shepherd), who once had a torrid affair with attorney Mike Riordan (Gregory Harrison). But when Vicki meets Mike again after several years, it is Riordan who is seduced into a most dangerous situation. Vicki, you see, is now the mistress of multimillionaire James Killian (Jose Ferrer). And when Killian is murdered-well, Mr. Riordan was seen hanging around the murder site. Gregory Harrison both produced and starred in Seduced, which had its world premiere March 12, 1985.

There are no critic reviews yet for Seduced. Keep checking Rotten Tomatoes for updates!

There are no featured reviews for Seduced at this time.