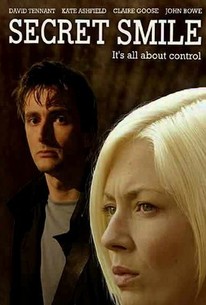 Shaun of the Dead star Kate Ashfield headlines this tightly-wound psychological thriller adapted from author Nicci French's novel about romance gone wrong, and the devastating repercussions that follow. For Miranda Cotton (Ashfield) it was just a brief fling, but for Brendan Block (David Tennant) it was so much more. When Miranda broke up with Brendan she figured he would eventually move on. Three weeks later Miranda's younger sister Kerry announces that she has just landed a new boyfriend, and his name is Brendan Block. Now, all of Miranda's friends are dying, and she's convinced that Brendan is the killer. Realizing that the only way to beat her manipulative ex-lover at his own game is to somehow turn the tables on him, Miranda puts her life on the line to prove that Brendan is killer the police are searching for. Should her plan backfire Miranda will most certainly die, and should she fail her sister will pay the ultimate price. ~ Jason Buchanan, Rovi

Though the drama is over 10 years old, it's pretty relevant for our #MeToo era.

There are no featured audience reviews yet. Click the link below to see what others say about Secret Smile!