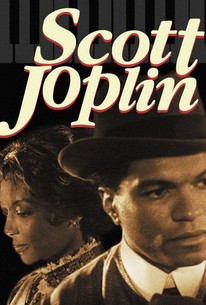 Billy Dee Williams stars as legendary ragtime pianist/composer Scott Joplin in this 1977 biopic. Despite his brilliance, Joplin (1868-1917) was confined by the color of his skin to the dregs of show business in the late 19th century. While competing in a musical contest, Joplin introduces his most famous composition, "The Maple Leaf Rag", thereby commanding the attention of a white music publisher. Offered a ridiculously low price for the song, Joplin nevertheless agrees to sell his composition, figuring that he has a better chance at fame and fortune once he's published. Before long, Ragtime music has become a national craze, and Joplin is rich beyond his wildest dreams. But the composer realizes that his brand of music is not considered respectable, and yearns to write something of more lasting value--a concerto, perhaps, or even an opera. Alas, Joplin's talents begin failing him, and by age 49 he is on the brink of death, a victim of syphilis. Originally made for television by Motown Films, Scott Joplin was released theatrically by Universal Pictures.

Eubie Blake
as Will Williams

DeWayne Jessie
as John The Baptist

Spo-De-Odee
as Left Hand Of God

Rita Ross
as Girl With Note

There are no critic reviews yet for Scott Joplin. Keep checking Rotten Tomatoes for updates!

There are no featured reviews for Scott Joplin at this time.