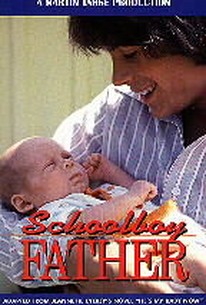 In one of his earliest TV appearances, Rob Lowe stars in this ABC Afterschool Special as Charles Elderbury, a teenager whose summer girlfriend, Daisy (Dana Plato), has become pregnant. Once the child is born (an event which Charles learns about only by reading the newspaper birth notices), the story shifts into gear -- but not in the manner that one might expect. Reversing the usual TV-movie situation, Daisy wants to put her child up for adoption, while Charles, hoping to compensate for the loneliness he experienced growing up in a fatherless home, insists upon raising the kid himself.

There are no critic reviews yet for Schoolboy Father. Keep checking Rotten Tomatoes for updates!

There are no featured reviews for Schoolboy Father at this time.