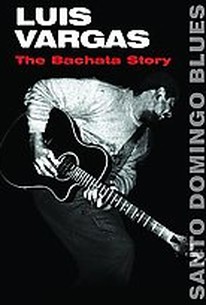 Santo Domingo Blues is a feature-length documentary that tells the story of the guitar-playing, singer songwriter Luis Vargas and Bachata, the guitar blues of Santo Domingo.Born in the bars and brothels of the Dominican Republic, Bachata is now eclipsing rap as the music of choice for Latino youth on the streets of New York and has become an emblem of national pride for Dominican immigrants.This movie documents why Bachata, known originally as the "Song Of Bitterness", was, and still is, so important to the waves of impoverished immigrants that pour into American cities from the Dominican Republic. It was the anthem of the hard drinking, womanising, down on his luck man, vilified as the entertainment of the brothels, but worshipped by the poor as their authentic music.Today Bachata is heard on the radio throughout the Americas from New York to Buenos Aires and rivals Merengue and Salsa as the preferred music of the Latin American world.With exclusive interviews with stars and pioneers of the genre and scenes involving live performances on and off stage, Santo Domingo Blues brings to life the triumph of a poor peopleís music over censorship and prejudice.--©Official Site

A lively, sexy, insightful documentary about the musical style bachata, and its most prominent singer and songwriter, Luis Vargas.

Wolfe's anecdotal musicology succeeds precisely because of its bare-bones, bawdy yet beautiful approach -- just like the music Vargas makes.

There are no featured reviews for Santo Domingo Blues at this time.