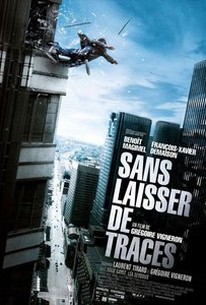 The new president of a prominent cleaning product company attempts to ease his guilty conscience by repaying the man whose ideas he once stole, only to find the situation leading to a murder and an unlikely love affair. Etienne is about to become the new head of a successful industrial company when he crosses paths with Patrick, a childhood friend he hasn't seen in years. When Etienne reveals to Patrick that his success came only after he stole his concept for a revolutionary stain remover from sheepish chemist Michelet, Patrick suggests that Etienne track down Michelet, and offer restitution. Everything starts to fall apart, however, when Patrick kills Michelet, and scrambles to cover up his crime. Meanwhile, as the police focus their investigation on Etienne, his marriage starts to fall apart after he falls for Michelet's captivating daughter Fleur. All the while, Patrick continues to torment Etienne until the stressed out executive hits his breaking point. ~ Jason Buchanan, Rovi

There are no critic reviews yet for Traceless (Sans laisser de traces). Keep checking Rotten Tomatoes for updates!

There are no featured audience reviews yet. Click the link below to see what others say about Traceless (Sans laisser de traces)!