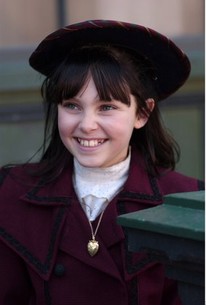 The characters from the popular "American Girls" series of books and dolls come to life in this made-for-television drama set in the dawning years of the 20th Century. Samantha Parkington (AnnaSophia Robb) is an eight-year-old girl who is sent to live with her grandmother (Mia Farrow) after the tragic death of her parents. While grandmother takes it upon herself to teach Samantha how to behave like a lady, the girl finds she misses her best friend Nellie (Kelsey Lewis), a servant girl who became her closest companion. A visit to the bustling city of New York, however, holds both excitement and welcome surprises for Samantha.

The target audience is so alarmingly narrow that I don't see it appealing to anyone outside of the girls that buy the dolls.

The beginning was a little slow but then it got really REALLY REALLY good at the end and I LOVED it!!!