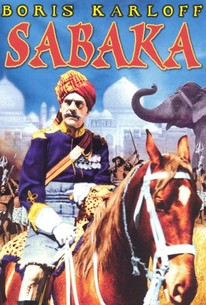 Filmed on location in India, The Hindu is an outgrowth of the "Gunga Ram" episodes originally seen on TV's Smilin' Ed's Gang (later known as Andy's Gang). Nino Marcel stars as adventurous young mahout Gunga Ram, with Vito Scotti (of all people!) as his timorous sidekick. Top billing is bestowed upon Boris Karloff as the irascible general of the Maharajah of Bakore (Lou Krugman). Though Karloff behaves in a surly fashion, the film's real villain is Victor Jory, as head of a deadly fire-worshipping cult. At the behest of British regent Reginald Denny, Gunga Ram does his best to put an end to Jory's cult for good and all. Also on hand as the cult's high priestess is June Foray, better known for her voiceover work on such cartoon series as Rocky and His Friends and George of the Jungle. Despite its lumpy continuity, The Hindu is fairly entertaining, especially for the many TV fans of "Gunga Ram."

Lou Krugman
as Maharajah of Bakore

Jeanne Bates
as Durga
View All

There are no critic reviews yet for Sabaka. Keep checking Rotten Tomatoes for updates!

There are no featured reviews for Sabaka at this time.