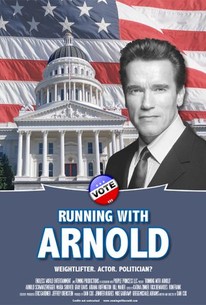 Award-winning journalist Dan Cox turns his attentions towards filmmaking with this politically-charged documentary exploring the career of the five-time Mr. Universe winner who would go on to conquer Hollywood before being elected as the governor of California. From his early childhood in post-World War II Austria to his days as a prize-winning bodybuilder and star of such films as The Terminator and True Lies, Arnold Schwarzenegger has always reached for the stars. Just when it seemed as if his own sidereal sphere couldn't shine any brighter, Schwarzenegger stunned his critics by winning the special recall election that would place him in charge of the world's fifth largest economy in November of 2003. In the following years Schwarzenegger's film career would take a back-seat to his political duties, yet his sordid past would leave many wondering whether he truly possessed the qualifications to fill such a demanding role, or if he had simply coasted into the high-level position on the trajectory of his former role as an iconic action star.

Danielle Craig
as Herself

Arnold Schwarzenegger
as Himself

James Adomian
as Himself

Critic Reviews for Running With Arnold

No one says filmmakers have to be objective, but there's a point where you can alienate even those who agree with you. This picture eventually goes off the rails, and it's likely to please only the most virulent of Schwarzenegger haters.

Perfectly in tone with election season, Dan Cox's documentary plays like a 30-second political attack ad (at 144 times the length), rehashing the accusations that have been bouncing off the Austrian-born movie star for years.

The naïve clarity of the bias makes the film a bit more fun to watch, as Dan Cox takes the baseball to Arnie' image and his persona with a relish

This is a would-be hatchet job that's too petty to cut past the Governator's protective beefcake.

Even if you sympathize with the movie's politics, it's impossible to embrace its hysterical approach.

There is simply nothing revelatory about any of it, however salacious. This is all old news and consequently not particularly interesting.

It's a shame that [Director Dan] Cox resorts to such Rove-style foolishness.

There are no featured reviews for Running With Arnold at this time.