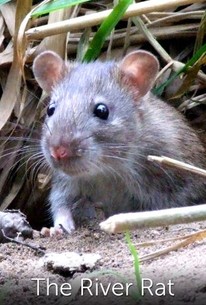 Tommy Lee Jones plays the title character in The River Rat. Released from prison after 13 years, Jones heads south to meet his hoydenish daughter Martha Plimpton for the first time. The father-daughter relationship flounders until Jones takes the girl on a long, bonding raft trip on the river. Both Jones and Plimpton become fugitives from justice when they run afoul of crooked parole-officer Brian Dennehy. Before the film's allotted 93 minutes have passed, Plimpton has proven time and again to be truly her father's daughter. It's a toss-up as to which is more enjoyable in River Rat, the film itself or the wall-to-wall musical score by Mike Post. Screenwriter Thomas Rickman was underwritten for his directorial debut by Robert Redford's Sundance Institute.

Craig Cruse
as Boy on Levee

Creston B. Parker
as Red Bandana

Critic Reviews for The River Rat

There are no critic reviews yet for The River Rat. Keep checking Rotten Tomatoes for updates!

Audience Reviews for The River Rat

An enjoyable drama film with some good acting.