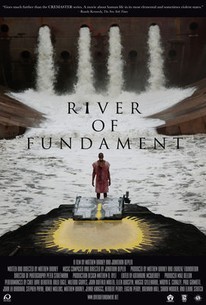 Set across the American landscape, the film RIVER OF FUNDAMENT is an epic story of regeneration and rebirth. Loosely based on the 1983 Norman Mailer novel Ancient Evenings, with an ancient Egyptian protagonist who sought reincarnation three times in the hope of achieving immortality, RIVER OF FUNDAMENT borrows its structure from Mailer's text, corresponding to the seven stages the Egyptian soul undergoes in its journey toward new life. Conceived as a nontraditional opera written in collaboration with longtime collaborator Jonathan Bepler, the film combines documentary footage of three live acts performed outdoors in Los Angeles, Detroit, and New York with live-action cinema largely set in a careful recreation of Mailer's Brooklyn brownstone apartment, where the late author's wake is underway.

Natalie Cochran
as The KHU Sopranos

Leah Deraney
as The KHU Sopranos

Yana Lavovna
as The KHU Sopranos

John Buffalo Mailer
as Norman I

Joan LaBarbara
as The Widow of Norman

Aimee Mullins
as The Ka of Norman

Matthew Barney
as The Ka of Norman

Michaela Dennis
as The Ka of the Ka of Norman

Critic Reviews for River Of Fundament

By the end of the piece I felt deliberately alienated, and to a nearly infuriating degree.

River of Fundament is a travesty on many levels, but the worst part is that the tragedy of the film is the tragedy of Detroit: we all knew this was happening, and no one said stop.

Though certainly challenging in its exuberant obscurity, its forbidding length and its transgressive offence, River of Fundament represents ambitious, uncompromising art of the highest ordure.

There are no featured reviews for River Of Fundament at this time.