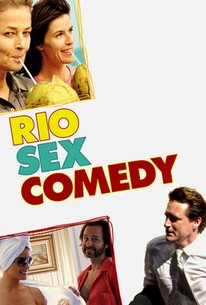 Director Jonathan Nossiter takes viewers on a wild trip through the slums of Rio in this sexy ensemble comedy starring Charlotte Rampling, Bill Pullman, Jean-Marc Roulot and Irène Jacob. Arriving in Rio to tour the local cosmetic surgery clinics, a respected British surgeon warns potential clients that rhinoplasty isn't the key to true happiness. Meanwhile, out on the streets, a visiting U.S. ambassador (Pullman) gives his handlers the slip, and disappears into the city's most dangerous favela. There, he befriends a free-spirited tour guide and his gorgeous partner, who open his eyes to a side of the city few tourists ever see. As the daring ambassador soaks in the sights, a French couple (Roulot and Jacob) contend with an irresponsible relative while attempting to shoot an anthropological film about the favelas. ~ Jason Buchanan, Rovi

Disparate foreigners seek sexual fulfillment and social justice in Rio, weaving in and out of each other's lives. Bites off a bit more than it can chew as its uneven structure becomes a bit aimless. Overlong by about 30 mins. The film would have benefited from trimming the fat a bit. Still, strikes nice tonal balance between comedy and seriousness.