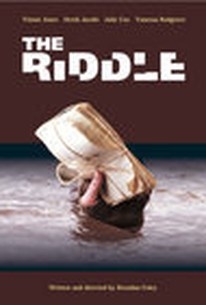 Johnny Was screenwriter and executive producer Brendan Foley makes his feature directorial debut with this psychological thriller that asks what a burned-out sports journalist, an eccentric vagrant, and a Charles Dickens novel could have to do with a series of unsolvable murders. Mike Sullivan (Vinne Jones) is s sports writer who longs to become a serious newsman. Strangely, and for reasons beyond Sullivan's comprehension, his superiors at the newspaper and a Police Inspector named Willis (P.H. Moriarty) seem to be blocking his efforts at every turn. And when Sullivan begins investigating a recent murder case, their efforts to steer him back to the sports pages only intensify. Later, seemingly by happenstance, Sullivan comes into possession of an original manuscript for Dickens' The Riddle. As Sullivan begins to draw parallels between the age-old story and a collection of corpses whose official causes of death are flimsy at best, the true intentions of his secretive superiors gradually begin coming into focus for the budding investigative journalist. ~ Jason Buchanan, Rovi

Critic Reviews for The Riddle

Jacobi is working at full steam as both the tramp and Dickens, his dedication to the project matched only by Vanessa Redgrave's complete lack of interest.

Audience Reviews for The Riddle

I wanted to like it but overall it was rather slow and boring, real shame considering the actors involved in this.

Couldn't keep me interested enough to watch with any enthusiasum. Kind of played in the background as I went about other tasks.