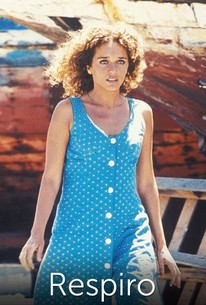 Critics Consensus: A sweet, but slight picture filled with beautiful people and locations.

Critics Consensus: A sweet, but slight picture filled with beautiful people and locations.

Critic Consensus: A sweet, but slight picture filled with beautiful people and locations.

Thirteen-year-old Pasquale is the head of a small band of children who hunt birds in their spare time, and defend "their" territory from rival gangs. Like most of his fellow Lampedusans, Pasquale spends his evenings on Via Roma, the main street that he and his mates use as a racetrack for performing acrobatic stunts with their Vespas. Pasquale's one acknowledged boss is his father, Pietro, a generous but violent man who is both loved and feared. His mother, Grazia, is considered to be extravagant by the rest of her family. She refuses to be dominated, however that is not an advantage in Lampedusa where everyone always keeps an eye on what she's doing. Pasquale is ashamed of his mother being different from the other mothers, but defends and protects her from the growing pressure from her peers and her husband, as everyone wants to take her to a mental hospital in Milan, where they think she can get cured.

Avy Marciano
as Olivier
View All

A sad, slight film but with a sweet, smooth finish that makes you feel richer for having watched and absorbed and felt.

A small, sensual and unforgettable Italian drama that transports us to a place wonderfully exotic yet strangely familiar.

A beautifully scenic but languid character study that could use a shot of adrenalin and a more straightforward story line.

A quietly disarming drama by Emanuele Crialese that tugs at family ties and calls into question the conventional definition of 'normal.'

Somewhere along the way, Respiro just seems to run out of breath.

Valeria Golino proves she can act as good as she looks.

Respiro is a psychologically dense, provocative film that feels like a cautionary tale about a vision of paradise that is compromised by a civilization that keeps uncontrollable forces in check.

Crialese's stated purpose is to create a sense of magical realism, and even as he draws on an actual fable to do so, there's an incomplete feeling to the production.

It is sort of the opposite of 'Northern Exposure' where everyone is quirky, and loving it. Here, quirkiness is opposed strongly.

Respiro begins as a portrait of a woman who refuses to abide by the conventions of the comunity and ends with a bit of inspired magical realism.

Though the story is warmly humanistic it is too paper thin to mean much.

We're slouched back with our heads resting on the tops of the seats, relaxing and letting our minds leap out of our heads to spend 95 minutes at play in Lampedusa.

There are no featured audience reviews yet. Click the link below to see what others say about Respiro!