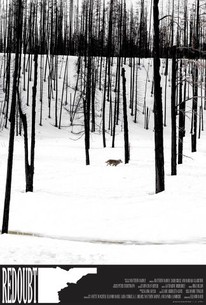 The new film by acclaimed artist and director Matthew Barney, creator of the Cremaster Cycle and the film opera River of Fundament, unfolds as a series of hunts in the wilderness of Idaho's Sawtooth Mountains. The characters communicate a mythological narrative through dance, letting movement replace language as they pursue each other and their prey.

"Redoubt" is slow going but not uninvolving.

Barney's best work has occasionally pulled off the feat of being enthralling and ridiculous at the same time, though Redoubt sometimes ends up being merely the latter.

"Redoubt" reaches for intimations and apprehensions of the cosmic.

An art-film riff on "The Revenant," patiently paced, but hardly tedious...

The trouble with this film, at least from a cinematic perspective, is that it doesn't really grip. It's alluring, it's beguiling, but like Diana herself, it has no intention of going any further.

Matthew Barney re-instills nature with some of the mystic aura that modernity, with its technologies and techniques of knowledge, has robbed it of.

There are no featured reviews for Redoubt at this time.