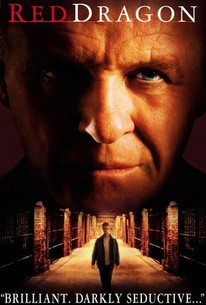 Critics Consensus: Competently made, but everything is a bit too familiar.

Critics Consensus: Competently made, but everything is a bit too familiar.

Critic Consensus: Competently made, but everything is a bit too familiar.

Ex-FBI agent Will Graham is an expert investigator who quit the Bureau after almost losing his life in the process of capturing the elusive Dr. Lecter. Years later, after a series of particularly grisly murders, Graham reluctantly agrees to come out of retirement and assist in the case. But he soon realizes that the best way to catch this killer, known as the Tooth Fairy, is to find a way to get inside the killer's mind. And the closest thing to that would be to probe the mind of another killer who is equally brilliant and equally twisted. For Graham, that means confronting his past and facing his former nemesis, the now-incarcerated Lecter.

Edward Norton
as Will Graham

Phillip B. Fahey
as Cop

Mark Moses
as Father in Video

Kyra Helfrich
as Child in Video

Conrad E. Palmisano
as Deputy in Car
View All

There's still enough life in the Lecter mythology to create a must-see audience for what is, basically, a dèja-vu experience.

A decent enough entertainment that sticks closely to the novel.

Where Mann and Demme steered the hokum away from dull genre generalities, Ratner's point-and-film literalness churns out a thriller by rote, shorn of the psychological dogfighting that distinguished the first two films.

Did we really need a new version of this prequel Lecter episode, after Michael Mann's Manhunter, which had Brian Cox in the chomping role?

Set an extra place at the table and open up another bottle of Chianti because guess who's coming to dinner. That's right. He's back. Everyone's favorite dinner guest... Hannibal [Lecter]...

Great, but too scary and violent for most teens.

A surprisingly good and entertaining finisher...

The film oozes contempt for its audience, caring nothing for the characters or suspense and only craving money.

Who would've guessed the guy who gave us Money Talks, Rush Hour and The Family Man had what it takes to realize a thriller as smartly effective as this?

Hopkins should know better than to lessen the impact of these performances with redundant encores.

Edward Norton's role will never top Jodie Foster's 'Clarice Starling', but his character is clever and unique. While Ralph Fiennes gives off a superb performance as 'The Tooth Fairy', it's not as shocking as Ted Levine's 'Buffalo Bill'. The major problem I had with this film was that it was too similar to the 1991 masterpiece.While it not up to the standards of 'The Silence of the Lambs', its worth a try if you enjoy seeing Anthony Hopkins return with a hunger for humans.

Some of this is a little uneven, and could have been better, but this is a decent and enjoyable thriller nonetheless. It's cool seeing Hannibal in a pre-Starling story, even if they didn't do a credible job of making Hopkins look younger. He still does a good job though, and does Norton. Fiennes is creepy as shit, and he does a mostly good job, but he had the potential to be excellent. Still though, pretty good. Watson is nice, and she puts in some good work, but I find myself really enjoying Hoffman's work here. He's terrific at radiating sleaziness. Ratner's direction is okay, but he doesn't have quite the same level of artistry as Demme or Scott. The script is okay, but I think could have been a touch or two better. Even with it's issues, I like this movie. From what I remember, it follows the book a little better than a lot of adaptations, even if many liberties are taken. This isn't too bad, so go ahead and give it a watch if you want.