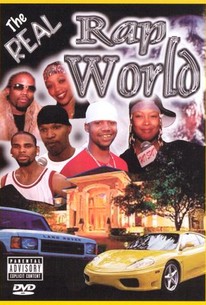 Too Clean Entertainment presents this documentary look at some of the biggest players in the hip-hop music industry. Released in 2002, The Real Rap World includes footage from a celebrity basektball game as well as concerts, fashion shows, and behind-the-scenes clips from video shoots and interviews. Some of the performers featured include Jamie Foxx, R. Kelly, Juvenile, Da Brat, and Outkast.

There are no critic reviews yet for The Real Rap World. Keep checking Rotten Tomatoes for updates!

There are no featured reviews for The Real Rap World at this time.