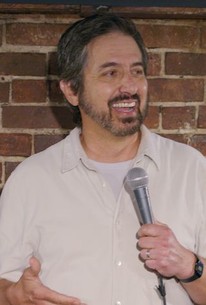 23 years after his last stand-up special, comedian, screenwriter, and Emmy Award-winning actor Ray Romano debuts his first Netflix comedy special, Ray Romano: Right Here, Around the Corner. Performing two sets on the same night - one at Manhattan's Comedy Cellar and the second at the Village Underground, literally around the corner - Romano advises on choosing friends, surviving marriage, and knowing the difference between being old and not being young.

Critic Reviews for Ray Romano: Right Here, Around the Corner

The comedian's first stand-up special in 23 years, feels like little more than a collection of pitches that were a little too risque for "Everybody Loves Raymond..."

He doesn't seem to be trying very hard here, and the framework of the special allows for him to be just okay without the audience's feeling cheated.

While there's nothing controversial or groundbreaking in Romano's set, his delivery is cozy and warm.

Much like the raw and personal connection found in Jeff Ross and Dave Attell's recent Bumping Mics, Right Here Around the Corner captures the joy of a comedy club.

I found myself reacting to some of the material like Romano was my own father telling me a bad joke: that closed-mouth smile and silent nod.

This time, everybody really does love Raymond.

He's as funny as ever but with new grownup wisdom.

Audience Reviews for Ray Romano: Right Here, Around the Corner

There are no featured audience reviews yet. Click the link below to see what others say about Ray Romano: Right Here, Around the Corner!