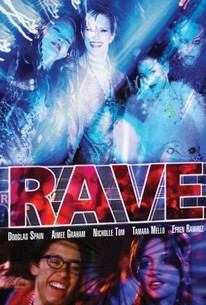 A handful of teenagers learns there can be a dark side to a good time in this independent drama. Mary (Aimee Graham), Tracy (Tricia Dickson), and Sadie (Nicholle Tom) are three girls from wealthy families who are bored, self-consciously hip, and looking for some fun one night. When the girls hear about a rave being held in a massive warehouse in downtown Los Angeles, they decide to join the party, accompanied by Brian (Scott Torrence), a gay friend who loves the high-energy flash of the dance scene. Also on hand for the rave is Daffy (Douglas Spain), an Hispanic teen whose relationship with his father (Steven Bauer) has hit a rough spot -- and whose girlfriend Nette (Tamara Mello) has just learned she's going to have a baby. Also making the scene are Jay (Dante Basco), a youth of Korean descent who is at the rave against the orders of his father; Lazy (Shaun Weiss), a cheerful laid-back stoner; his pal JP (Franco Vega), a young tough with a hair-trigger temper; and Sky (Chris Weber), a dealer who specializes in drugs for the rave clientele. While most of the kids aren't looking for any more than a place to dance and have a good time, by the end of the night the discover they've entered a world more dangerous than they imagined. Rave was the first feature film from director Ron Krauss.

Susan Oh
as Jane
View All

There are no critic reviews yet for Rave. Keep checking Rotten Tomatoes for updates!

There are no featured reviews for Rave at this time.