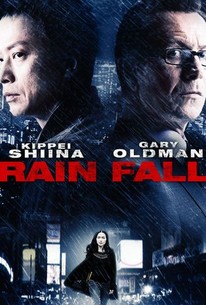 Based on the bestselling novel by author Barry Eisler, this action thriller from director Max Minnix follows a seasoned assassin as he races to prevent CIA hit men from killing the daughter of a former target. The Special Forces taught John Rain (Kippei Shiina) how to kill, and he's the best at what he does. After dispensing with a government bureaucrat, John discovers that the CIA has marked the women he loves for death. Saving her won't be easy, but John won't stop until he's sure she's safe. Gary Oldman co-stars.

There are no critic reviews yet for Rain Fall. Keep checking Rotten Tomatoes for updates!

1 of the most boring action films Ive seen.I tried sitting through the whole thing but I just could not do it