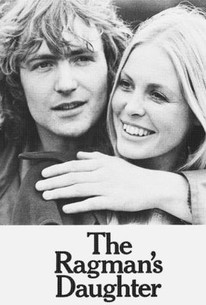 The debut film of director Harold Becker was this low-budget romance that won acclaim for its script by Alan Sillitoe. Simon Rouse stars as Tony Bradmore, a skilled thief who falls for Doris Randall (Victoria Tennant), the stunningly beautiful daughter of a wealthy rag dealer (Leslie Sands). Given Tony's choice of profession, their relationship does get an enthusiastic endorsement from all concerned. Although The Ragman's Daughter (1972) was given a cursory North American release two years after its completion, Becker's subsequent efforts such as The Onion Field (1979) and Taps (1981) would fare considerably better at the box office. ~ Karl Williams, Rovi

Patrick O'Connell
as Tony at Age 35

There are no critic reviews yet for Ragman's Daughter. Keep checking Rotten Tomatoes for updates!

There are no featured reviews for Ragman's Daughter at this time.