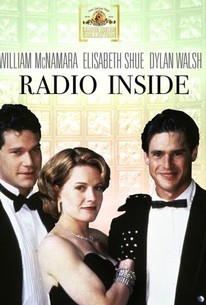 In this sensitive drama, Matthew is wracked with guilt about his father's death. As a lifeguard, he believes he should have been able to save him from drowning. Matthew slowly withdraws into his own world, which includes a radio inside his head that changes its station when things become difficult.

Paul Sylvan
as Cop at Pool

Parris Buckner
as Cop at Pool

Critic Reviews for Radio Inside

There are no critic reviews yet for Radio Inside. Keep checking Rotten Tomatoes for updates!

There are no featured reviews for Radio Inside at this time.