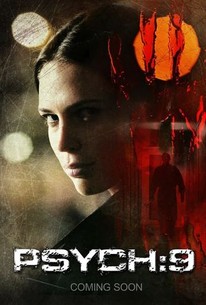 A series of murders have left police stumped, but as one woman will discover, the truth behind the killings may lay buried in the past. Haunted by her own demons from days gone by, a young woman named Roselyn takes a job working the graveyard shift at a closed down hospital. But soon, she witnesses disturbing events at her own workplace that would seem to shed light on the killings. The clues that pop up are increasingly fascinating - and deadly - but can she trust herself, or is her mind playing tricks on her? As her obsession grows, Roselyn may have no choice but to uncover the dark histories that hide in Psych 9, even if they lead to her own dark past. ~ Jason Buchanan, Rovi

With off-tempo editing, a jarring narrative and no likeable lead gluing the story together, the pieces of this film are no more enjoyable than staring at a puzzle that's yet to have been put together.

Aims to be a mystery, a "twist ending" psycho-thriller, a gory horror flick, and a fractured character study at once. The parts rarely mesh.

This film is nothing. It has nothing going for it, it makes no sense, and it has no identity. It tries to do way to many things. The plot has no direction at all. There is no storyline and the acting is dreadful. Every build up is a train wreck. This film is both confusing and extremley boring. I don't know whose idea it was to make this film, but they should give it up after this, because I could have made a better film. There is no action, no horror, and the thrills are both cheap and cheesey, and to top it off the small part of the storyline that actually makes some sense is absolutley predictable. This film was a complete waste of time, and I beg everyone to not waste their time on this poor excuse for a movie.

i watched this because i like sara foster and the description sounded really interesting.. but i found it hard to stay interested