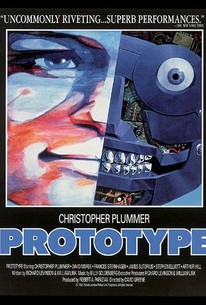 In this made-for-TV sci-fi movie, Christopher Plummer plays a curmudgeonly but basically kindly Nobel Prize-winning scientist, who builds an equally kindly humanoid named Michael. Plummer created Michael on behalf of his government sponsors, but he has second thoughts when he discovers that the government plans to build an army of robot warriors.

Richard Kuss
as Harris
View All

There are no critic reviews yet for Prototype. Keep checking Rotten Tomatoes for updates!

There are no featured audience reviews yet. Click the link below to see what others say about Prototype!