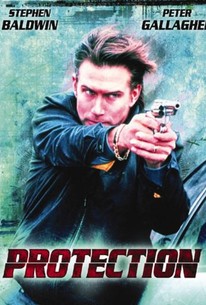 When former mob heavy Sal (Stephen Baldwin) traded his sordid past for the safety of the witness protection program, he quickly learns that all is far from forgiven in this action entry from genre specialist John Flynn (Rolling Thunder, Lock Up). He may have a new life, a new job, and a new friend in his neighbor Ted (Peter Gallagher), but once the mob has been crossed, there is no escape, and it's only a matter of time before Sal's past comes knocking on his door looking for revenge.

Ian Finlay
as Maynard
View All

There are no critic reviews yet for Protection. Keep checking Rotten Tomatoes for updates!

There are no featured audience reviews yet. Click the link below to see what others say about Protection!