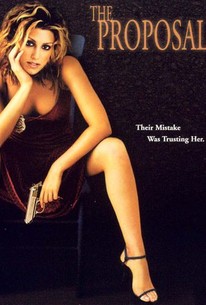 Undercover cop Terry Martin (Nick Moran) has spent six months getting close to unctuous playboy kingpin Simon Bacig (Stephen Lang) and gathering evidence that will bring the brutal mobster to his knees. But when Bacig has a birthday party, Terry and his wife are invited, and attendance is not optional. There's a small problem: Terry doesn't have a wife, but he's been using one as an excuse to get out of tight situations with Bacig. With the help of his police commander (Mick Kaposa), Terry is paired with policewoman Susan Reese (Jennifer Esposito), a lovely cop with ambition and courage but no undercover experience, to attend the party as his bride. Terry, already nervous about the deadly fate awaiting him should Bacig discover he's a cop, now has real problems, as naïve Susan decides to pursue an affair with Bacig to help the case. To complicate Terry's fragile ruse, the FBI decides to close its own investigation of Bacig with firepower despite the danger to Terry and Susan. Furthermore, Susan's affair with Bacig seems to be turning serious even as her feelings for Terry heat up.

William B. Davis
as Frank Gruning

Andrew Macbeth
as Victim in Chair

Critic Reviews for The Proposal

There are no featured reviews for The Proposal at this time.