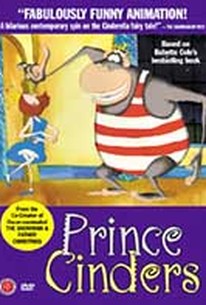 This animated take on the story of Cinderella finds little Prince Cinders left at home by his three mean big brothers who head off to Princess Lovelypenny's party to dance the night away. Soon Prince Cinders is visited by an incompetent fairy godmother, who tries to turn him into a buff bodybuilder but instead turns him into a big hairy gorilla. Prince Cinders might make it to the party, but will they let him in if he looks like an ape? ~ Cammila Collar, Rovi

There are no critic reviews yet for Prince Cinders. Keep checking Rotten Tomatoes for updates!

There are no featured reviews for Prince Cinders at this time.