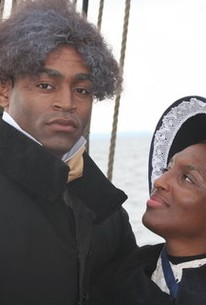 1788. The slave ship 'Africa' set sail from Gambia, West Africa, its berth laden with a profitable but highly perishable cargo-hundreds of men, women and children bound in chains--headed to American shores. Six months later, a handful of survivors would find themselves for sale in Natchez, Mississippi. One of them, a 26-year-old man named Abdul Rahman Ibrahima would make a most remarkable claim to Thomas Foster, the tobacco farmer who purchased him at auction: As an African prince, highly educated and heir to a kingdom, his father would gladly pay gold for his return.

Critic Reviews for Prince Among Slaves

A tale of survival of a remarkable hero who overcame incredible odds!

Audience Reviews for Prince Among Slaves

There are no featured audience reviews yet. Click the link below to see what others say about Prince Among Slaves!