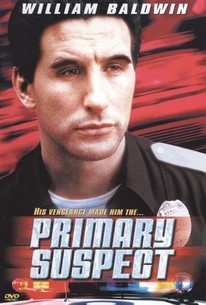 William Baldwin plays an undercover cop driven to desperation in this psychological thriller directed by former character actor Jeff Celentano. Baldwin plays Christian Box, a loose cannon detective who's still suffering from the loss of his wife when the film opens. The force reprimands Box for his hostile tendencies by assigning him a desk job. However, when his friend asks him to assist in a sting operation aimed at the man responsible for his wife's death, Box accepts in the single-minded hope that he can wreak some vengeance.

Don Re Samson
as Franco
View All

There are no critic reviews yet for Primary Suspect. Keep checking Rotten Tomatoes for updates!

There are no featured reviews for Primary Suspect at this time.