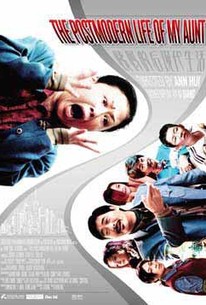 An elderly woman discovers her trusting nature is a severe disadvantage in the 21st century in this comedy drama from Chinese filmmaker Ann Hui. Ye Rutang (Siqin Gaowa) was born and raised in Manchuria, but came to Shanghai to seek her fortune years ago. Now in her early sixties and once again single, Ye is uncomfortably aware that the China she knew as a young woman is changing radically, and she senses she's fallen behind the times when she loses a position as a tutor because her English doesn't sound "American" enough. As Ye looks for work, she begins to fall victim to a series of con artists, including a Chinese opera singer (Chow Yun-Fat) who uses his charm to pull her into a scheme selling futures on funeral plots; a neighbor fallen on hard times (Shi Ke) who isn't as bad off as she claims; and even her own 12-year-old nephew (Guan Wenshuo), who fakes a broken leg to get after her savings. Ye's misadventures leave her penniless, and she is somehow implicated in the grim fate of a local busybody (Lisa Lu), forcing Ye's daughter (Vicky Zhao Wei) to come to a reluctant rescue. Yi Ma De Hou Xian Dai Sheng Huo (aka The Postmodern Life of My Aunt) received its North American premiere at the 2006 Toronto Film Festival. ~ Mark Deming, Rovi

[The film is] better when it acquires a melancholy strain than in the early, more comic action

since wwi, the orient, especially the far east, has become the colonial prey of occiental domination, and frankly such aggression has only been deepened by the progress of globalization(from material level to ideological standard) which is a beauitified utopian term of cultural assimilation, to diminish the tribal characteristic then create a homogenic mode for people in various ethnicities. despite the orient does possess great exotic fascination over the occient, but merely in a superficial level, which manifests in various highly popularized yellow-face movies with oriental themes like kung-fu, samurai, geisha. (i mislike to mention samurai and geisha becuz it's jap, but to the western mass, what's so different between jap, korean and chinese? just like my compatriots ignorantly dismiss every caucasian as american.) in the international market, asian directors are eager to make period pieces like red cliff, crouching tiger and hidden dragon, the curse of gold flower...etc, but they're campy ridicules to gratify audience's oriental dreams. the term "multiculturalism" arised around the 60s with the raging countercultural phenomenon of beat generaion, worship of zen and orientalism as the apparatus against the conventional anglo-saxon culture, so the point is they just desire to revolt against the orthodox by showing off their fascination over the orient, such as jack kerouac has acclaimed himself as buddhist...such rebel spirit still exists nowadays, just like great many of my hipster flixster pals are fanatic to foreign, non-american movies and some hong-kong old martial movies made by the shaw company to flaunt how cool and unique they're. honestly it leaves me callous because none of those oriental movies has manifested a bit of authenticity but magnify its eccentricity to serve audience's wanders of curiosity as if we're freaks and monsters for demonstrations. "the postmodern life of my aunt" is the only chinese movie i've seen recently, which really contains three-dimensional protagonists and genuine paradox of cultural reflections, it's about the disillusion of a middle-age woman's metropolitan aspiration, how she decays and awakened from a false fancy of intellectual smugness. i feel awkward to elucidate further since the appreciated audience belongs to those who identify themselves as chinese, those with great absorption of its cultural sophistication, or everything might appear un-comprehesible and drab to the outsiders. this movie doesn't sell in taiwan and hong-kong despite the residents are all chinese by blood, the cultural identification has patheticaly disintegrated. letting alone chinese americans or any other dispersed chinese all over the world. (but it's a smashing hit in mainland china.) also none of my flixster pals has seen it or want to see it, perhaps i should feel complacently consoled by this lack of popularity because it means its exclusiveness, and every country should have movies like this as cultural preservations. just like "creature from the black lagoon" is an ultimte american b classic for kids who grew up watching every saturday's monster flicks on tv. to non-american foreigners, it might appear laughably obsolete.