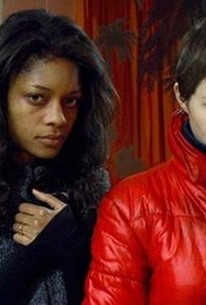 Adapted from the best-selling novel by author Clare Allan, director Benjamin Ross' made for television drama follows the unlikely friendship between a psychiatric patient who lives to sponge off the system, and the newly arrived patient who causes her to question everything she ever thought she knew. N (Anna Maxwell Martin) has spent the last thirteen years living in a North London psychiatric ward, and she'd do it all over again if given the opportunity. She's made it her mission in life never to be released, and she's willing to do whatever it takes to remain institutionalized for life. Her life is changed forever with the sudden appearance of a new patient named Poppy Shakespeare (Naomie Harris), an elegant yet temperamental woman who insists that she isn't insane. But while N can't quite understand Poppy's reasons for wanting to escape the mental ward, she's more than happy to help her new friend try. The only problem now is that in order for Poppy to qualify for release, N must help prove that she's not insane. . . but how does one go about proving their sanity when in order to do so they must first appear to be mad?

Bruce MacLeod
as Brian the Butcher

Cathy Murphy
as Astrid
View All

There are no critic reviews yet for Poppy Shakespeare. Keep checking Rotten Tomatoes for updates!

Television Film Channel4, April 2008 Quick Review In a surprisingly perceptive drama about life at a North London Day Care unit Anna Maxwell-Martin (in a BAFTA winning performance) offers an insightful and honest deconstruction of true psychological welfare. Naomie Harris is the titular woman who arrives insisting she "ain't a nutter", and therefore fits in perfectly, while Martin is the lonely and reclusive patient N. Initially assigned as a helper N gradually becomes obsessed with Poppy and the effect she has on her mentality. Her markedly astute character changes keep you thinking and second-guessing right to the downbeat climax.