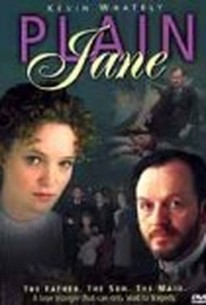 In this made-for-TV period drama, Kevin Whately stars as David Bruce, who, in 1911, receives an important promotion at the gas company for which he works. Born and raised in a working-class family, David is proud to have risen to a more economically privileged status, and he and his wife move into a new home in Bedford Park, with David confirming their new status by hiring a maid for his wife. Jane (Emma Cunliffe), the family's new domestic, soon falls in love with David's son Harry (Jason Hughes), a medical student. Harry is equally attracted to Jane, but Jane insists they keep their romance a secret, as it could jeopardize her career with the Bruce family. After a gas explosion claims the life of a fellow employee, David soon finds himself out of favor at work, and the pressures to live up to his employer's expectations take a steep emotional toll on him. With his marriage falling apart, David becomes increasingly attracted to Jane, and in time he persuades her to have an affair with him, which she feels she is in no position to refuse. Racked with guilt over her betrayal of Harry, Jane is forced to break the news to David that she is with child; David responds with a plan to murder his sickly wife, while Harry is outraged to discover Jane isn't sure if the child was fathered by himself or his father. ~ Mark Deming, Rovi

There are no critic reviews yet for Plain Jane. Keep checking Rotten Tomatoes for updates!

There are no featured reviews for Plain Jane at this time.