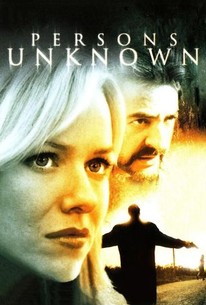 This tightly woven, fast-paced thriller begins when Amanda (Kelly Lynch), a sexy gal on in-line skates, trips because alcoholic ex-cop/security expert Jim Holland (Joe Mantegna) bumps into her. Something between the two clicks and they spend the night together. Jim has no idea that he has just been victimized until one of his less-than-savory clients is robbed of a fortune. He sets out on Amanda's trail and discovers that she acted in cahoots with her sister Molly. Eventually, he learns where they stashed the cash and decides that he's been so down on his own luck lately that perhaps he should keep the money. Things become more complicated when he realizes that the client he has been protecting is a ruthless drug dealer who is hell-bent on killing the larcenous sisters.

[Director George] Hickenlooper himself cannot get a firm grasp on the trashy noir dynamics of the piece, and by the final 20 minutes, all credibility and sympathy has dissolved.

The film takes a dive into absurdity.

There are no featured reviews for Persons Unknown at this time.