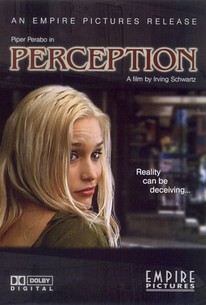 Piper Perabo (Cheaper by the Dozen) plays Jen Marshall, a young girl in her mid-twenties who has more than a few skeletons in her closet, in Irving Schwartz's bittersweet /drama release from Empire Pictures. Though she initially appears to be nothing short of a saint - leaving L.A. for Brooklyn to care for her ailing parents as the story opens - Jen, it turns out, has been a bit of a bad girl in Los Angeles and has upset more than a few people thanks to her wild and unrestrained lifestyle and careless attitude. It is a problem that only follows her and risks complicating her life again when she resettles with her parents in the Big Apple - until a tragic accident confines her to a wheelchair and forces her to reexamine her self-centeredness. Mary Beth Hurt The World According to Garpand David Rasche Barbarians at the Gate co-star.

David Rasche
as Phil
View All

... incoherent cross between Riding the Bus With My Sister and a Christina Ricci vehicle.

Director-writer Irving Schwartz has a lot of ideas about plots. Unfortunately, he seems to have jammed each and every one of them into a single movie, Perception.

An early and daunting contender for worst movie of the year ...

If it weren't for the fact that several of its characters die, Irving Schwartz's twisted, laugh-free comedy Perception might be the pilot episode of a low-rent imitation of the television series Arrested Development.

a bizarre mess of a movie

There are no featured audience reviews yet. Click the link below to see what others say about Perception!