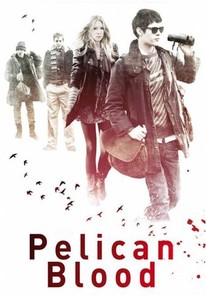 Author Cris Freddi's cult novel makes the leap to the big screen courtesy of director Karl Golden and screenwriter Karl Golden. Nikko (Harry Treadaway) met his girlfriend Stevie (Emma Booth) on a suicide website. When their relationship goes sour before they can carry out their suicide pact, compulsive birdwatcher Nikko joins his best friends as they head out into the wilderness in hope of spotting some of Britain's rarest species. Later, when Stevie comes back seeking forgiveness, Nikko's friends struggle to convince him that taking her back will only lead to tragedy for all involved.

Emma Clifford
as Elaine
View All

Gebbe captures this internal conflict with stunning clarity and an achingly apt amount of grace...

This sometimes haunting, sometimes lost film about two suicidal people is - like its main characters - pretty to watch but never quite sure where its going. Yet despite the looseness, its an intriguing tale that comes home strongly.

There are no featured audience reviews yet. Click the link below to see what others say about Pelican Blood!