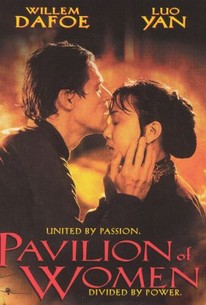 A woman defies convention to find happiness, only to discover the costs are greater than she imagined in this drama based on the novel by Pearl S. Buck. In 1938, with Communist rebels on the rise in China and Imperial Japan intent upon expanding its rule into Manchuria and China, Lord Wu (Shek Sau) is a feudal leader who rules both his community and his family with an iron fist. But his wife, Madame Wu (Luo Yan), has just turned 40 and has grown weary of her husband's dominance. With her son Fengmo (John Cho) now 18 and engaged to be married, Madame Wu sees her responsibilities to her family all but complete, so in violation of traditional custom, she arranges for Chiuming (Yi Ding), a peasant girl just turned 18, to be brought into the household as Lord Wu's concubine, freeing her from sexual servitude to her husband. However, Chiuming's lack of sexual experience proves problematic for herself as well as Lord Wu, whose erotic tastes run to the unconventional. Meanwhile, Madame Wu makes the acquaintance of Andre (Willem Dafoe), an American missionary and doctor who is helping Fengmo with his studies; Andre is kind, compassionate, and intelligent, and he makes a tremendous impression on Madame Wu, who soon finds herself falling for the mysterious American as circumstances cause both her household and China to explode into chaos. Pavilion of Women was the first co-production between an American studio, Universal Pictures, and Beijing Film Studio of China; the film was shot on location in China, but with a primarily English-speaking cast.

Xu You Jin
as Matchmaker

Yang Ge
as Head of Police

Shen Ya
as Flower Boat Girl

Critic Reviews for Pavilion of Women

In many ways, this is the East Asian equivalent of the old Europudding productions, where international players have created something that's more cacaphonous than melodious.

The backdrop of exotic pagodas and wartime woe isn't nearly potent enough to buoy the feeble drama that plays out in the foreground.

Despite solid performances and handsome production values, the picture ultimately feels like secondhand goods that have been refurbished for North American consumption.

Suggests a sudsy version of The King and I without forceful personalities or fancy production numbers.

Gets bogged down in enough 'event' to choke a miniseries.

The only importance anyone is likely to associate with this overblown melodrama is self-importance.

You have to wonder why this film has been targeted at American audiences at all.

Suffers from predictable plotting that occasionally heats to a soap-opera boil.

Even with the brilliant, Oscar-nominated Willem DaFoe in its cast, this movie amounts to nothing more than a waste of two hours.

Viewers have to wade through many embarrassing moments (and performances).

Audience Reviews for Pavilion of Women

A beautiful movie! Love John Cho in this!! Willem Dafoe gives an interesting performance as a foreigner in love with a wife from a noble Chinese family. I've seen this movie several times over, and I can never get bored of it.