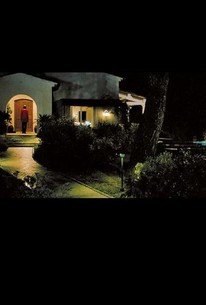 A man slowly learns his new friend is no friend at all in this psychological thriller from France. Georges Clou (Sergi Lopez) seemingly leads a charmed life; he has a beautiful and loving wife, Helen (Nathalie Richard) and he has a fine home in an exclusive gated community, away from the growing chaos of the cities. There are occasional signs that not all is well, most of which come from their teenage son Tony (Laurent Delbecque), who is withdrawn and often seems to be the victim of some sort of violence. But for the most part Georges is a happy man when Paul Marteau (Jean-Marc Barr) moves into the neighborhood. Paul is a wealthy but jaded man who strikes up a friendship with Georges at a housewarming party, even though he alienates many of his new neighbors. Beneath Paul's friendly surface is a bitter, angry man who loathes the complacent suburbanites around them; he wants to give them a harsh dose of unpleasant reality, and Paul has chosen Georges to receive his first lesson. Adapted from John Cheever's novel Bullet Park, Parc received its North American premiere at the 2008 Toronto Film Festival. ~ Mark Deming, Rovi

There are no critic reviews yet for Parc. Keep checking Rotten Tomatoes for updates!

There are no featured reviews for Parc at this time.