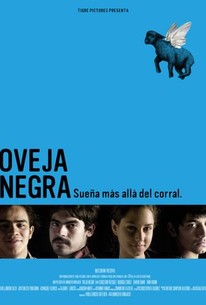 A young man grows up in the shadow of a rival who is also his brother in this impressionistic drama from Mexico. Jose (Christian Vasquez) is an orphan who, on the advice of a local priest (Carlos Aragon), is adopted by Don Leandro, a landowner who operates a sheep ranch. Both Leandro and the priest believe that the rancher's son Jeronimo (Luis Ivan Arana) could use a companion, especially after the death of his mother, but Jose is looked down upon by his new brother, and when Jose is put in charge of looking after some of the sheep, Jeronimo shoots one of the animals in hopes of seeing Jose banished from the ranch. In an effort to up the crime, Jose and his pal Kumbia (Rodrigo Corea) try to dye a white sheep black so it can pass for the missing animal. As Jose tries to fit in at the Leandro Ranch, he becomes deeply infatuated with Maria (Ximena Romo), the beautiful daughter of a local fireworks showman. However, Maria's father imagines Jose is a poor match for his daughter, and instead tries to arrange a match with Jeronimo. Oveja negra (aka Black Sheep) was the first feature film from director Humberto Hinojosa Ozcariz.

There are no critic reviews yet for Oveja Negra (Bleck Sheep). Keep checking Rotten Tomatoes for updates!

There are no featured reviews for Oveja Negra (Bleck Sheep) at this time.