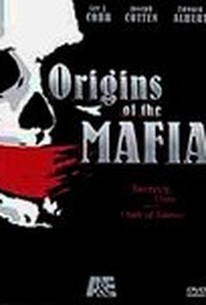 From 16th century Sicily to the streets of contemporary New York, the Mafia has transcended its humble roots to evolve into one of the most formidable crime organizations ever. Centuries ago, the dreaded Gramignanos family took control over Sicily by launching a vicious campaign of violence and corruption. These days, the objectives may have changed, but the tactics remain the same. Lee J. Cobb, Joseph Cotten, and Edward Albert are all featured in a five-part documentary spanning 400 years of death, deception, and secrecy. ~ Jason Buchanan, Rovi

Critic Reviews for Origins of the Mafia

There are no critic reviews yet for Origins of the Mafia. Keep checking Rotten Tomatoes for updates!

There are no featured reviews for Origins of the Mafia at this time.

Origins of the Mafia Quotes