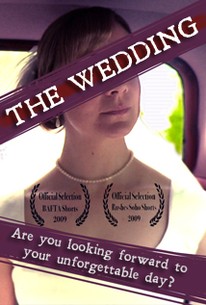 This two-part TV miniseries, adapted from Dorothy West's novel The Wedding, takes a look at mid-century issues of race and class in well-to-do black society. On Martha's Vineyard in 1953, debutante Shelby Coles (Halle Berry) stirs discord in her social-climbing family when she chooses to marry impoverished white musician Meade Howell (Eric Thal). At the Shelby family estate, weeks prior to the wedding, Meade informs her parents, Corinne and Clark Coles (Lynn Whitfield, Michael Warren), that his family won't be attending the wedding, and the irony of upper-crust blacks being rejected by poor whites hangs heavy. In a later plot twist, the single black father (Carl Lumbly) of three mixed-race daughters takes a very strong interest in Shelby that quickly turns into an overly persistent pursuit. Filmed in Wilmington, North Carolina, the miniseries premiered February 22-23, 1998 on ABC. Also known as Oprah Winfrey Presents: The Wedding.

There are no critic reviews yet for Oprah Winfrey Presents 'The Wedding'. Keep checking Rotten Tomatoes for updates!

There are no featured reviews for Oprah Winfrey Presents 'The Wedding' at this time.